Jury awards $4.7 million to man who was victim of racial slurs, physical attack 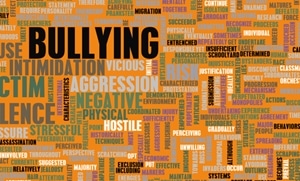 A New York jury has awarded $4.7 million to a former stock clerk at a store in Brooklyn. The man, Osama Saleh, says he was the victim of verbal abuse, bullying and physical violence in the workplace because of his name and ethnic background.

Saleh is from Yemen and was earning $7.15 per hour in his job at a women's clothing shop. His coworker, a security guard named James Robinson, allegedly subjected Saleh to repeated verbal abuse, telling him to go back to his native country and physically attacking him in the basement of the store, fracturing his cheekbone. Saleh says he still has hearing problems and issues with chewing because of the injury. Robinson pleaded guilty to criminal charges of assault.

Saleh filed the civil suit against Robinson and the Pretty Girl clothing store. The complaint claimed Saleh was the victim of assault, harassment and negligence in hiring. Supervisors did nothing to stop the workplace bullying. Managers and the company's owner argued that Robinson's comments were made in jest and that the security guard was just teasing his coworker.

In a similar case earlier this year, a federal jury awarded a Muslim man in Michigan $1.1 million because he was repeatedly denied a promotion and called a terrorist by coworkers.

If you believe you or your family member has been the victim of negligence or physical or verbal assault on the part of an individual or company in Missouri, you may have the right to seek damages. You should contact experienced lawyers as soon as possible. The Kansas City attorneys at Meyers Law Firm can assess your claim and help you recover any civil damages to which you may be entitled.