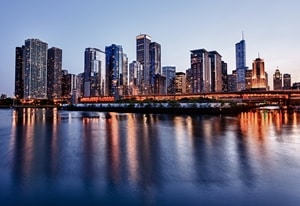 A federal jury has awarded an Illinois police officer $540,000 in a discrimination lawsuit, The Chicago Sun Times reports. The jury found that retired Sgt. Lawrence C. Knasiak of the Chicago Police Department discriminated against Officer Detlef Sommerfield many times over the course of several years.

The suit alleges that Knasiak repeatedly made racist and anti-Semitic remarks to Sommerfield, a German Jew who had relatives that died in the Holocaust. According to the complaint, Knasiak also made the Nazi salute to Sommerfield with his arm and showed him a swastika logo on multiple occasions. Additionally, he used an offensive slur to compare Germans to African-Americans and said: "Couldn't get rid of them then, can't get rid of them now."

Sommerfield's attorney, Joseph Longo, said the jury's judgment was just. He criticized the culture of the Chicago Police Department and other officers for failing to stand up for what is right.

"[Knasiak] was able to yell these remarks out in roll call with other sergeants and lieutenants and captains standing next to him," Longo told The Sun Times. "Not just once or twice, but regularly, and nobody tells him to stop. I don't understand that. It's baffling."

Discrimination lawsuits like this one are crucial in holding people accountable for racism, harassment and other hostile and threatening behavior. If you believe that you may have been the victim of such treatment in a professional setting or elsewhere, contact the experienced employment discrimination lawyers at The Meyers Law Firm. We can meet with you to evaluate and discuss your claim and help you recover any civil damages to which you might be entitled. Call today to schedule an initial consultation.