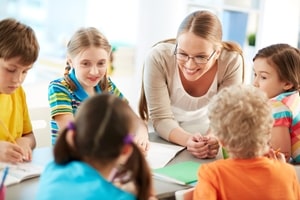 An age discrimination lawsuit filed against Kansas City Public Schools (KCPS) is on its way to court.

Local news outlet KSHB 41 reports that six people are suing the school district for employment discrimination, among them two former female employees who accuse the administration of age discrimination. One of the plaintiffs, Debbie Moriarty, had been a KCPS​ science and math teacher for nearly 20 years, working in middle school and elementary school classrooms, until she was ultimately fired, she believes because of her age.

According to Moriarty's lawyer, teachers received an email notifying them that they would be observed throughout the year on a maximum of seven occasions — except Moriarty was observed a total of 66 times. When she issued three complaints about the reviews, which she believed were not only unfair but were also pushing her toward retirement, the administrator accused Moriarty of insubordination and helping students cheat on tests. Although subsequent retesting mandated by the distract actually yielded even higher scores from students, Moriarty was still terminated.

The KCPS district issued an official statement in which they rebuke any wrongdoing or discrimination and, in not so many words, point to Moriarty as an employee who simply was "not prepared to make the necessary improvements" as a teacher.

If you have ever lost your job because of your age, race, gender or other undue reasons, contact The Meyers Law Firm for expert employment discrimination lawyers that will fight for any damages you may be owed.