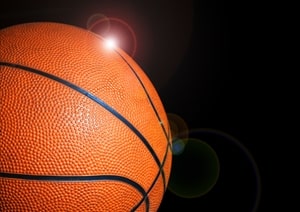 A Spanish-speaking radio announcer for the L.A. Lakers is suing the team and Time Warner Cable (TWC) for $1 million, saying he has been the victim of harassment and discrimination. In addition to the team and the cable company, the lawsuit also names the Lakers' senior vice president of operations, Time Warner's programming vice president and the general manager of TWC Sports Regional Networks.

Fernando Gonzalez has worked as a play-by-play radio broadcaster for the L.A. Lakers for 18 years, since he was first hired in 1996. According to The Hollywood Reporter, which first broke the story, Gonzalez is an American citizen who was born in Mexico. In the lawsuit, he claims he was consistently treated "differently from and less favorably than his Anglo-American counterparts in terms of wages, hours and conditions of employment."

Gonzalez says that when the Lakers won the championship game 14 years ago, other staff members and broadcasters were each given $6,000 commemorative rings. However, he and his broadcasting partner, Pepe Mantilla, were the only broadcasters told they would have to pay $3,000 each for their rings. According to the complaint, the late Lakers play-by-play announcer Chick Hearn intervened, and the team returned the $6,000 to Mantilla and Gonzalez.

The lawsuit also claims that, while all other broadcasters received season tickets to the Lakers games, the Spanish-speaking announcers were denied them.

If you live in Missouri and have been the victim of harassment or racial discrimination in the workplace, you can take steps to assert your legal rights. Consider scheduling an initial consultation with an experienced local lawyer. The Kansas City attorneys at Meyers Law Firm can assess your claim and help you recover any damages to which you may be entitled.