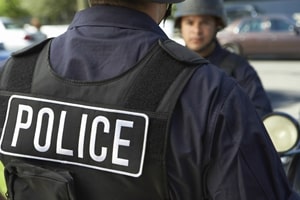 Earlier this year, five Richfield, Minnesota, police officers sued their department for age discrimination. While four of the plaintiffs were removed from the litigation, the case finally went to trial this month, with the fifth and sole remaining accuser looking for $52,000 in damages.

The Sun Current, a local news publication, reports that the lawsuit originally named five officers who complained that the Richfield Police Department (RPD) had tailored a promotions exam to better favor younger officers. One of those plaintiffs, officer Greg Peterson, also alleged that he was singled out by the department because he had previously filed and won a discrimination lawsuit after being removed from the Special Investigations Unit because of his age.

However, a judge dismissed both Petersen's claim and the larger notion that the exam represented a case of age discrimination, stating that "mere suspicion, speculation and innuendo are insufficient to establish that the RPD designed and scored the exam in order to discriminate against the older officers." This ruling removed all but one of the plaintiffs from the case, with the remaining officer's claim — that he had been turned down for a special assignment solely because of his age — going to court earlier this month.

On December 15, Officer Jeffrey Hatzenbeller testified that he had applied for the RPD's open special assignment of crime prevention officer in March 2013, and was the only officer in the department to apply for the role. However, RPD command staff opted not to give him the job, allegedly saying that they didn't want the role to become a "retirement position," which Hatzenbeller took as an attack on his age.

The plaintiff is seeking $12,000 in wages he claims he would have earned from the position, in addition to $20,000 for emotional distress and another $20,000 for damage to his reputation.

If you have been denied opportunities or suffered harassment at work because of your age, race, religion or gender, contact The Meyers Law Firm for expert legal counsel that will work tirelessly to win the compensation you deserve.