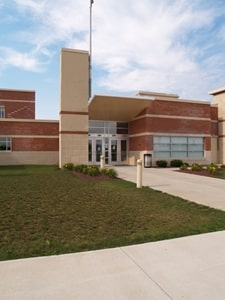 Mercer County Community College (MCCC) will pay $275,000 as part of a settlement in an ADA discrimination lawsuit with a former assistant professor.

The Times of Trenton, a local news publication, reports that the professor, Monique Simon, had been hired by the West Windsor, New Jersey, school in 2006. Two years later, she was diagnosed with chronic fatigue syndrome and narcolepsy, which began to negatively affect her abilities as a department coordinator and adjunct faculty liaison. Simon had also been diagnosed with Epstein-Barr virus prior to her hiring, which she claims MCCC was aware of.

According to the lawsuit, as Simon's condition worsened, she requested to step down from her department coordinator and adjunct faculty liaison roles, but this was rejected by the school's dean, Judith Ehresman. When she issued a grievance about the matter, the school responded with what Simon's complaint calls "a campaign of retaliation."

"[This] included giving Simon a poor evaluation that made no mention of her disability," reports the news source. "The dean ultimately recommended Simon not be re​-appointed for the 2009-10 school year. Simon has been rejected for re-employment with the school due to 'the discrimination and retaliatory actions of Dean Ehresman and the incompetency of the MCCC (human resources staff).'"

Simon filed a lawsuit against MCCC in 2011, accusing the community college of failing to accommodate her disability. As part of the new settlement, MCCC will pay Simon $275,000 in damages for loss of income and benefits, as well as emotional and physical stress endured, though the school admits to no wrongdoing in the matter.

If you believe you have been unfairly discriminated against by an employer because of a disability, contact The Meyers Law Firm. Our expert employment discrimination lawyers will fight for the restitution you may be owed.