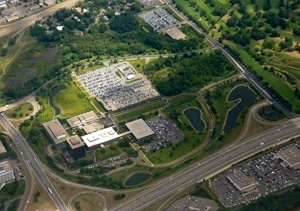 A lawsuit has been levied against General Mills Inc. by over a dozen former employees who accuse the Minnesota cereal production company of age discrimination.

Minneapolis news publication The Star Tribune reports that in June 2012, General Mills fired approximately 850 people as part of a wave of lay-offs. About half of those fired — roughly over 400 ex-employees — were older than age 40. Since then, 14 of those terminated employees have launched an age discrimination lawsuit against their former employer, alleging that not only were they selected for termination because of their age, but also that "the older you were, the greater your risk of being terminated."

Even more troubling was that General Mills subsequently filled many of these same positions with new, younger hires, some of whom had to be trained by their outgoing predecessors. One example cited by the Tribune notes that a 53-year-old worker who had been laid off was replaced with a younger man in his 20s, who had previously worked as the 53-year-old's apprentice.

"General Mills filled many of these open positions with new hires who were younger than the terminated employees who had been performing those jobs," the lawsuit states. "General Mills also failed to consider its employees age 40 or over for employment opportunities, has refused to transfer employees age 40 or over into open positions for which they were qualified and has refused to rehire its former employees for positions for which they applied and were well qualified."

It was not disclosed what amount of damages the plaintiffs are seeking. The Tribune did note that other ex-employees laid off by General Mills could join the collective lawsuit as the case proceeds.

For expert employment discrimination lawyers that can fight for the damages you may be owed in cases like these, reach out to The Meyers Law Firm right away.