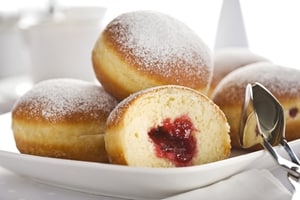 As part of a settlement over a religious discrimination lawsuit, the owner of a North Carolina Dunkin' Donuts will pay the plaintiff $22,000.

Darrell Littrell, a Seventh-Day Adventist, sued an Arden-based Dunkin' Donuts after the bakery allegedly refused to hire him because of his inability to work on Friday afternoons and Saturdays. According to his suit, he was interviewed by the branch manager and offered a job. After receiving the offer, he was told to first come in to work on a Friday afternoon. He refused to do so, claiming that, as a Seventh-Day Adventist, his religion prohibits him from working on the Sabbath, at which point the hiring manager withdrew the offer.

The owner of the location settled the lawsuit out of court, agreeing to avoid religious discrimination in the future and paying Littrell a sum of $22,000.

Commenting on the settlement, Littrell's attorney said that "religious discrimination is a continuing problem in the American workplace." She added that, "under federal laws, employers have an obligation to balance employees' needs and rights to practice their religion with the conduct of the employer's business. Where there is a minimal impact on the business, those religious needs must be accommodated."

The case revolved around Title VII of the Civil Rights Act of 1964, which prohibits employers from refusing to hire workers based on their religion and provide reasonable accommodation for the religious beliefs of their employees, so long as those beliefs don't cause significant hardship.

If you believe you've been treated unfairly, or if you believe your workplace is unfairly treating others, send your claim to our expert discrimination attorneys here at The Meyers Law Firm. Our staff will review your case and help you determine your best course of action.