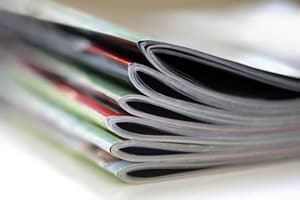 A fired People Magazine editor has filed a lawsuit against her former employer over allegations of racial discrimination.

The Huffington Post reports that Tatsha Robertson, the magazine's only black senior editor in its publication history, is suing People for alleged racial discrimination in her former workplace. According to the source, Robertson was deliberately excluded from meetings by her boss, discouraged from pursuing or writing stories about black victims and even suffered racially-tinged verbal abuse. One instance cited in the lawsuit claims that Robertson's boss, former editor Betsy Gleick, allegedly told her, "You need to talk like everyone else here. You're not at Essence [Magazine] anymore."

Although Robertson's work at People was celebrated, she was terminated this past May as part of an ostensible "reduction in force," which Robertson attributes to racial bias.

"[People is] a discriminatory organization run entirely by white people who intentionally focus the magazine on stories involving white people and white celebrities," the lawsuit claims. Robertson's lawyer adds that, "We're hoping that ultimately we will have a jury trial and the jury will send a message to [parent company] Time Inc. and People Magazine that you cannot discriminate against people based on the color of their skin, and that includes making discriminatory decisions about what articles and stories will go in the magazine."

Robertson is pursuing damages from Gleick, People and Time Inc.

If you have found yourself the victim of racial discrimination in the workplace in Kansas City, it's imperative you seek out expert legal representation. The Meyers Law Firm has a team of experienced and reputable employment discrimination lawyers that can help try your case in court and fight for any damages you may be owed.