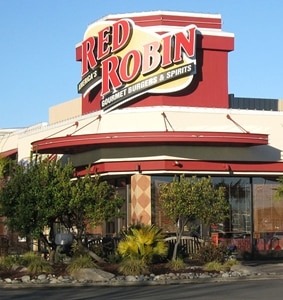 A former employee of Red Robin in Coeur d'Alene, Idaho, is suing the fast-food restaurant over allegations of racial discrimination in the workplace, which ultimately resulted in her being wrongfully terminated from her job.

Local news affiliate KXLY reports that the plaintiff, Stacie Ward, had worked with the chain for over 11 years. In 2007, she was asked to help the restaurant open a new location in Coeur d'Alene, where she would serve as lead bartender and certified trainer. However, during her time in the Idaho franchise, she became increasingly disturbed by what appeared to be racially-charged discriminatory practices. One case cited by the news source was that of an African-American employee was fired simply for wearing headphones at work — a minor infraction in its own right, and a first offense at that.

In another example, Ward approved an African-American job applicant for a position bussing tables, but her assistant manager vetoed it, exclaiming quite explicitly that "we don't hire n****** in this store." In the same instance, he also confirmed that he had fired the headphone-wearing employee because of his race.

"Court documents allege that after the incident with the job candidate, Ward's managers harassed and retaliated against her, she was forced to reapply for her job, and multiple complaints were allegedly filed against her by customers," KXLY writes. "Ward claims she tried to address the issue with the company's district manager, but her calls were not returned."

After over 11 years with Red Robin, Ward was fired in October 2012 and subsequently lost her home, insurance and retirement savings. A follow-up investigation by the Idaho Human Rights Commission confirmed Ward's accusations that the restaurant had wrongfully terminated her and carried out racially discriminatory hiring and firing practices against its employees and job applicants. Ward is now suing the company for an undisclosed amount of damages.

If you've ever suffered retaliation or harassment in the workplace and believe you were wrongfully removed from your job, contact The Meyers Law Firm. Our wrongful termination lawyers will assess your claim and determine what damages, if any, you may be entitled to.