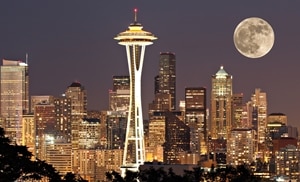 Seattle City Light, one of the Washington metro's largest utility companies, is being sued by four former employees over accusations of gender and age discrimination.

According to local news affiliate KIRO-TV, the lawsuit charges the utility giant with harboring "a longstanding history of discrimination and retaliation against older female employees," with the four plaintiffs asserting that they were forced out of their jobs after being consistently "subject to offensive and crude remarks in the workplace" and an atmosphere of "good old boy attitudes."

The Seattle Times reports that one of the plaintiffs, who has been with the company since 1987, was forced to go on medical leave in 2012 because of hostility and discrimination incurred from her coworkers. Even while she was away, she continued to remain the target of harassment from City Life workers. Another of the plaintiffs, who describes herself as being over 60 years old, claims she was forced to retire a year early after complaining about a union official who "had yelled at her and used profanity toward her" in 2010.

The other plaintiffs also accuse City Light of not only age, race or sex discrimination, but retaliation brought on for reporting these instances of harassment at work.

While the complaint does not disclose the exact amount of damages being sought, the plaintiffs are reportedly seeking compensation for both past and future lost wages.

Harassment in the workplace and discrimination of any kind is never acceptable, nor is retaliation against employees who report this kind of misconduct. If you believe you have been unfairly discriminated against or fired by an employer, and require legal counsel, contact The Meyers Law Firm. Our expert employment discrimination lawyers will work tirelessly for the damages you deserve.