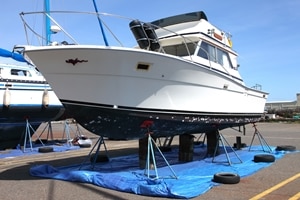 The plaintiffs is a gender discrimination lawsuit filed against the BAE Systems Norfolk Ship Repair Inc. shipyard in Virginia have officially asked a federal judge to give a preliminary approval to a settlement.

According to the suit, the plaintiffs all suffered from pay and promotion discrimination for their gender and experienced sexual harassment on a regular basis. The shipyard has denied all wrongdoing.

If the settlement is approved by the court, the 177 women who filed the class action suit will split $3 million amongst themselves. As an extra measure, the settlement also asks for an injunction requiring BAE's management to base promotions on job related criteria, and prohibiting them from imposing any extra subjective measures.

According to the plaintiffs' motion, "the settlement represents a compromise and settlement of highly disputed claims." It adds that "nothing in the Settlement is intended or will be construed as an admission by BAE Systems that Plaintiffs' claims in the lawsuit have merit or that BAE Systems has any liability to Plaintiffs or the proposed class."

While BAE continues to deny the original suit's claims, it has no objection to the settlement.

A company spokesperson says that "BAE Systems remains dedicated to ensuring an inclusive and diverse workplace. In this specific case, while BAE Systems continues to deny the allegations in this complaint, the company has now reached a settlement with these employees, in the best interest of all parties."