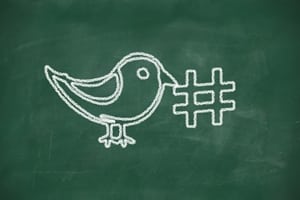 Twitter is the latest Silicon Valley company to find itself sued for gender discrimination, as an ex-employee accuses the social media giant of implementing "arbitrary promotion policies" biased in favor of its male workers, effectively denying opportunities for advancement to its female staff.

Technology news site TechCrunch reports that the plaintiff, Tina Huang, worked as an engineer with Twitter's mobile and developer productivity teams from October 2009 to June 2014 before resigning over what she says are unfair promotional advantages for men that discriminate against women. In her complaint, Huang claims that because there is no formal procedure for promoting employees at Twitter, this has created a "tap on the shoulder" work environment for designating who gets to move up the ladder — a process in which male supervisors gravitate more toward male employees for promotions.

In her own case, Huang accuses the company of passing her over for a promotion in 2013, despite the fact that she had accrued four years of excellent work, no negative evaluations or disciplinary problems and a sterling reputation among her supervisors and co-workers.

"The company's promotion system creates a glass ceiling for women that cannot be explained or justified by reasonable business purpose, because Twitter has no meaningful promotion process for these jobs: no published promotion criteria, nor any internal hiring, advancement or application processes for employees," states Huang's lawsuit.

When Huang complained about this to Twitter CEO Dick Costolo, she was subsequently "immediately put on leave while the company conducted an investigation." After three months of not hearing any updates on the status of that investigation, or when she could return to work, Huang felt forced to resign.

It was not disclosed what Huang is seeking for damages.

If you believe you've been unfairly discriminated against by your employer because of your gender, age, race or religion, set up an appointment with the employment discrimination lawyers of The Meyers Law Firm to assess your options for litigation.