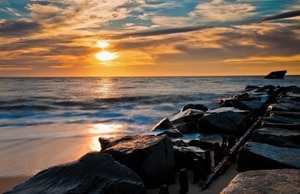 The lawsuit, filed on June 5, claims that the Department of Public Works had a racially hostile environment and that supervisors refused to investigate or act on a string of complaints he raised over the span of his eight years of service. As the department's only Latino, Collazo says that his boss, Tony Hendershot, racially slurred him on a daily basis.

Two similar lawsuits have been filed against the county in the past year. The first, filed by three black workers, was settled out of court for $1.75 million. The other lawsuit is still pending.

According to the lawsuit, not only would Hendershot address Collazo by racial epithets, but would also make off-hand comments including "15 people must live in your house" and "your family came here in a banana boat." The claim also alleges that both Tony and his brother, Pete, who was occasionally involved in the former's behavior, were members of the Fraternal Order of the Eagles, a whites-only organizations.

Also included in the lawsuit is Kevin Sluka, a borough administrator and clerk, who failed to investigate Collazo's claims.

If you believe you've been discriminated against in the workplace or in the hiring process because of your race,  call our employment discrimination lawyers right away. Our staff will assess your claim and help you figure out your best steps going forward.