Sony to pay $85,000 to former temporary worker for Americans with Disabilities Act violation 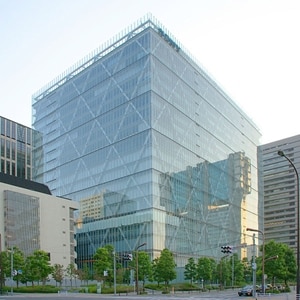 A disability discrimination lawsuit filed by the U.S. Equal Employment Opportunity Commission (EEOC) against Sony Electronics Inc. has ended with the Japanese electronics company agreeing to pay out $85,000 in damages to a former temporary worker after found violating the Americans with Disabilities Act (ADA).

Dorothy Shanks was assigned to a temporary job at a Sony televisions worksite in Romeoville, Illinois, by the staffing firm Staffmark. According to Staffing Industry Analysts, Shanks — who wears a prosthetic leg for her disability — was terminated on just her second day of the job, solely because "there were concerns she would be bumped into or knocked down," the lawsuit states. Shanks' firing prompted the EEOC to file a discrimination lawsuit on her behalf against both Sony and Staffmark. According to Julianne Bowman, the acting district director for the EEOC in Chicago, the decision to terminate Shanks, while carried out by Staffmark employees, was actually requested by Sony management in the first place, necessitating legal action against both companies.

While Staffmark agreed on June 25, 2013, to pay Shanks $100,000 in damages, the case against Sony had continued until now. As part of the consent decree, Sony will pay $85,000 to Shanks, and will also be required by the EEOC to report any complaints of disability discrimination filed by employees over the next two years.

"The ADA provides robust employee protections, even for short-term temporary workers hired through staffing agencies," John Hendrickson, EEOC Chicago's regional attorney, said in an official statement. "Smart employers will learn from this case that they cannot insulate themselves from liability for discrimination by acting through employment and staffing agencies."

If you've ever been the victim of a wrongful termination or harassment at work because of your gender, race, age or disability, reach out to The Meyers Law Firm as soon as possible. Our expert employment discrimination lawyers will handle your case with care and fight for any compensation you might be owed.