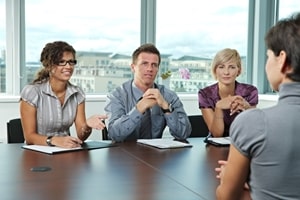 A racial discrimination lawsuit brought by the Equal Employment Opportunity Commission (EEOC) against two Select Staffing affiliate firms has ended with the defendants agreeing to pay a $580,000 settlement.

The EEOC's lawsuit accused the firms, Real Time Staffing and New Koosharem, of deliberately refusing job placements to African-American and other non-Hispanic applicants. In a December 5 press release, the EEOC noted that the staffing firms appeared to give hiring preferences to Hispanic job applicants. In some cases, they even told African Americans and others that the positions were filled and to leave the building while, simultaneously, taking Hispanic applicants into a separate room to continue the hiring process.

As part of the settlement,  Real Time Staffing and New Koosharem will not only have to pay out $580,000 but also adhere to the following conditions:

"We are pleased that New Koosharem and Real Time Staffing chose not to engage in protracted litigation," Faye Williams, the EEOC Memphis district office's regional attorney, said in an official statement. "Instead they focused on making significant changes in the workplace for walk-in applicants and agreed to specific measures such as training, reporting and monitoring to ensure that all applicants, irrespective of race and national origin, will be treated equally during the hiring process."

If you believe you have been the target of racial discrimination or harassment in the workplace, contact The Meyers Law Firm for expert employment discrimination lawyers that will fight for any damages you may be owed.