The facts about age discrimination 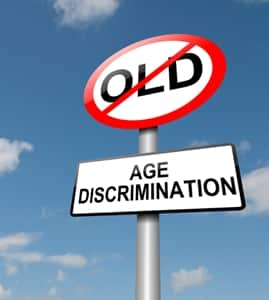 "Everyone over a certain age has the possibility of becoming the target of age-based discrimination."

It can start as young as 35

While The Age Discrimination in Employment Act (ADEA) only forbids age discrimination against people who are age 40 or older, different states have specific laws that protect workers as young as 35 from unfair treatment because of age.

Often when we discuss age discrimination, we think about an older job candidate losing out on an employment opportunity to an equally or less-qualified young candidate. While this is certainly a pervasive way that ageism manifests, the ADEA also identifies other areas where age discrimination can occur and protects against them, including:

Some employers may attempt to get employees to sign away their ADEA protection in connection with exit incentive or other employment termination programs. These waivers are legal, but only under very specific circumstances. No employee should feel pressure to sign away his or her rights for any reason.

If you feel that you have been the victim of age discrimination, the employment discrimination lawyers at The Meyers Law Firm are here to help you get justice.