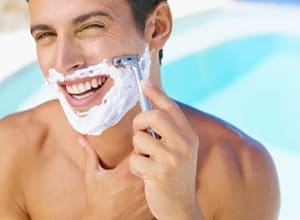 United Parcel Service (UPS) is currently being sued over the company's strict, no-beard policy. The suit, filed by the Equal Employment Opportunity Commission (EEOC), claims that the policy discriminates against the religious persuasions of employees, requiring hires who need to keep a beard for religious reasons to shave it or be let go. In one particularly egregious instance, a hiring officer went as far as telling a Muslim applicant that "God would understand" if he chose to shave his beard, and if he chose otherwise, he could go ahead and apply to a lower paying job.

In response to the lawsuit, a UPS spokesperson stated that the company "respects religious differences and is confident in the legality of its employment practices." It added that, in the past it provided employees with religious accommodations and that it "will review this case, and defend its practices that demonstrate a proven track record for accommodation."

UPS requires any male employees who interact with customers or hold supervisory positions to make sure their facial hair grows no longer than their lips and that their hair remains above collar length. The EEOC claims that this has resulted in the company failing to hire and promote workers due to religious purposes frequently since 2004, and that it's failed on several occasions to provide religious accommodations.

Discrimination in the workplace can take a wide range of forms, including race, religion, disability, age, or even personal or ethical conflicts with management. If you believe you've been treated unfairly,  submit your claim to the workplace discrimination attorneys here at The Meyers Law Firm. Our staff will review your case and help you determine your best course of action.