What are the most common forms of employment discrimination today? 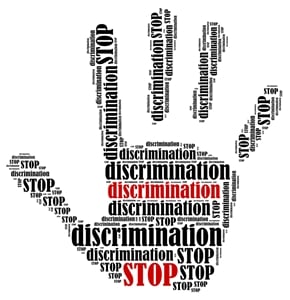 A new report released by the Equal Employment Opportunity Commission (EEOC) reveals both good news and bad news for employees across America. The good news: Overall charges of employers discriminating against their workers are steadily declining, meaning more stable and less stressful work environments for employees to be a part of. The bad news: Discrimination is still fairly prevalent as is, and the number of times in which employees are claiming retaliation from their employers actually shot up to its highest level ever last year.

In its tally of discrimination complaints levied by employees in fiscal year 2014, the EEOC counted a grand total of 88,778 charges, the majority of which were rooted in claims of employer retaliation. Here are the commission's top 10 reasons for employee discrimination claims cited last year:

While last year may have seen fewer employee complaints reported to the EEOC, what's clear from the list is that tens of thousands of Americans are still regularly suffering undue discrimination and harassment at work. If you believe your situation falls into any of these categories, reach out to the employment discrimination lawyers of The Meyers Law Firm. Our team can provide you with the expert legal counsel you deserve and assess your claim for any damages you may be owed.