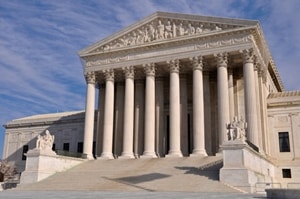 A pregnancy discrimination lawsuit filed against UPS by one of its workers has ended in victory for the plaintiff, with the Supreme Court ruling against the package carrier.

In the case of Young v. United Parcel Service, Inc, UPS employee Peggy Young accused her employer of suspending her without pay while she was pregnant, alleging that this action constituted a form of gender-based discrimination and was in violation of the Pregnancy Discrimination Act. According to the complaint, Young, who worked as a driver for the company, had asked to be placed on lighter duty because her pregnancy prevented her from being able to carry heavy packages as part of her daily routine.

UPS counter-argued that pregnancy was not considered an eligible qualification for placing an employee on lighter duty. Because of this, and that her pregnancy would have kept her from performing the typical lifting duties expected from one of their drivers, UPS had to place her on unpaid leave for the duration of her pregnancy. The package company insisted that this decision did not represent an instance of singling out or discriminating against pregnant women because a similar action would have been taken in other situations — for example, an employee who might be injured while off the clock, would also not qualify for a lighter-duty reassignment.

The Supreme Court disagreed with UPS' take on the situation and sided with Young in a 6-3 decision.

"This is a big win for Peggy Young and other women in the workplace," Young's lawyer told the press. "The Court recognized that a ruling for UPS would thwart Congress's intent [behind the Pregnancy Discrimination Act]. And it made clear that employers may not refuse to accommodate pregnant workers based on considerations of cost or convenience when they accommodate other workers."

If you believe you've been unfairly discriminated against by your employer, contact The Meyers Law Firm to meet with our expert employment discrimination lawyers and discuss your next steps for legal action.