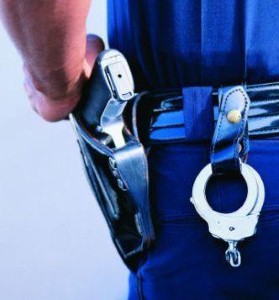 If a person believes their employment termination was the result of discriminatory practices on the part of their employer, an experienced wrongful termination lawyer can help that person explore all avenues of litigation to secure the best case possible at all the various court levels.

This issue has been highlighted in Kansas City news recently after former police officer Danny Holmes had a $6.5 million dollar settlement from the Kansas City Missouri Board of Police Commissioners diminished to $500,000.

According to reports, the trial dates back to a 2003 event in which Holmes and fellow officer Shawn Hamre were instructed by homicide detective Michael Hutcheson to investigate a target, Edward Henderson, regarding a missing person named Guy Coombs. Reports state that Holmes identified a firearm on one of the individuals in Henderson's apartment, but was later instructed by Hutcheson to file a report that omitted their visit to Henderson's apartment completely.

When Coombs was found murdered, a prosecutor contacted Holmes in 2006, and he was accused of lying about the events three years prior because the report did not reflect his story. Consequently, an internal investigation was reportedly undertaken and Holmes, the only African-American of the three officers involved in the event, was suspended and later terminated. Hutcheson and Hamre, both Caucasian, only received suspensions.

Holmes filed a civil suit against the Board of Police Commissioners and was initially awarded a settlement of $6.5 million dollars for whistleblowing, breach of contract and race discrimination.

However, upon appeal by the Board, the settlement was affirmed in part and reversed in part. According to recent court documents, the Missouri Court of Appeals reversed the breach of contract and whistleblowing judgements, but affirmed the race discrimination judgement. As such, Holmes settlement was reduced to $500,000.

While Holmes' case ultimately did not yield as large a settlement as it could have, this example illustrates that even if part of a judgement is reversed, employment discrimination lawyers can still help secure funds for individual claims.