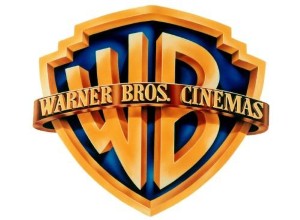 Background actress Shanelle Howard filed a sexual harassment lawsuit against Warner Bros. on Friday, August 14. She alleged that that her role on the hit CBS show "The Mentalist" was terminated after she told an executive at the entertainment company that fellow actor Lonnie Moore was directing inappropriate and sexual comments toward her on a daily basis.

According to the Hollywood Reporter, the news outlet that first broke the story, the defendant made comments such as "I'm married but that doesn't mean we can't have some fun," "It's just sex; stop being so uptight and give me some," and "Are you wearing thongs today or nothing at all?"

In the suit, Howard also says that she was physically harassed. Her complaint states that "there were many times when Moore caught plaintiff off guard, he was thus able to 'cop a feel' before plaintiff could push him away."

Howard complained to Warner Bros. in October and says that, right away, she was ignored by her coworkers. Before the plaintiff launched the lawsuit, she worked on average five days a week. That all changed and soon after she complained to her superiors, she was on the show on an average of two days a week. Shortly after her hours were cut, she was no longer called to work on the show.

Warner Brothers refused to comment on the suit citing the pending litigation.

No person should ever have to experience harassment in the workplace. If you have been a victim of this inappropriate behavior and live in Missouri, you may benefit from a consultation with an employment attorney in Kansas City. These experienced and locally based professionals can assess your claim, try your case in court and help you recover damages that you may be entitled to.