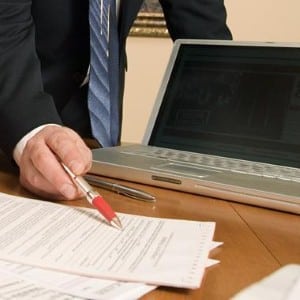 After Brooklyn, Ohio, former mayor Ken Patton was named in two sexual harassment suits in 2008, a settlement was reached on August 8 that paid the plaintiffs a combined amount of $750,000 in damages, according to Cleveland.com.

The city council agreed that a former City Hall receptionist, Jeanne Thiel, is going to get $450,000. The other victim, Donna Thompson, an ex-administrative assistant to Patton, will receive $300,000.

Thiel was terminated in October 2009. Patton reportedly told her that the move was part of a layoff, but it happened after she accused her boss of sexually harassing her, said Rich Habor, the lawyer who represents the former receptionist and Thompson.

According to investigators, in 2008, the ex-mayor restrained Thiel when he was drunk, pushed her up against a table and rubbed his genitals against her back. Two years later, Patton pleaded guilty to unlawful restraint and misdemeanor and was given two years probation.

In the suit that Thompson brought forth, she accused the mayor of unspecified harassing behavior and said he even told her to "find another job." The news source reports that Patton stepped down in September 2009 as a result of the allegations he was facing.

Even after Patton resignedl, Thompson still encountered hostility at work. New mayor Richard Balbier reportedly reportedly cut Thompson's salary by 30 percent and told her that the city of Brooklyn wanted her fired.

After the settlement was reached, Balbier said "I'm just glad it's over with," according to the news source.

No man or woman should experience harassment at work. If you have been a victim of this inappropriate behavior and live in Missouri, you may benefit from an employment attorney in Kansas City. These experienced and locally based professionals can assess your claim, try your case in court and help you recover damages that you may be entitled to.