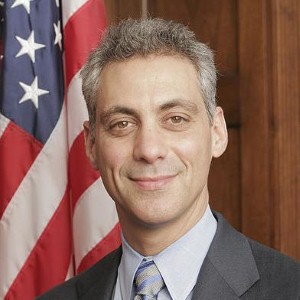 The suit, which was filed on August 13, also alleges racial discrimination. The plaintiffs in the suit, who were Caucasian men, say that African American security detail members were not moved to lower positions or fired, despite the fact that they had been working for Emanuel for less time than the former employees.

The men claim that the demotion not only lowered their pay, but reduced their benefits packages as well. Chicago's law department put out a public statement and called the plaintiffs' allegations "baseless."

"It was, as it should be, a careful and deliberative process, and at no time were political or any other inappropriate factors considered, period," said Terry Hillard, interim police superintendent, according to the Chicago Tribune.

Hillard said that when putting together the new detail, he conferred with security personnel and the U.S. Secret Service.

The mens' employment discrimination lawyer says that the males who replaced the plaintiffs' in their positions did not undergo the rigorous application process that his clients had to go through. As of August 17, no word has been released as to when the trial will begin.

If you were fired or demoted from your job without a good reason and live in Missouri, you may benefit from a consultation with a lawyer in Kansas City. These experienced and locally based professionals can assess your claim, try your case in court and help you recover damages that you may be entitled to.