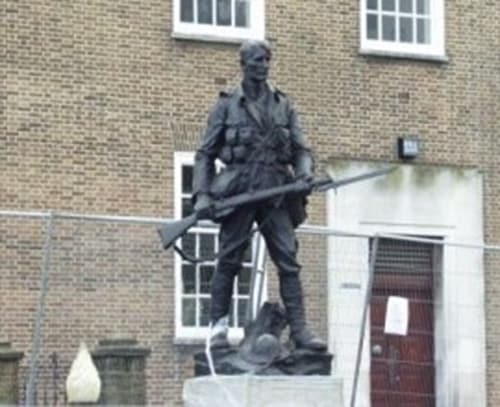 Members of the armed services are a vulnerable section of the United States population. Having experienced carnage and destruction that most others could never imagine, many of the men and women who have served our country require attention when they return home to deal with the stress experienced while engaged in active duty.

However, should this stress be exacerbated by other parties, victims in Missouri have been able to turn to Kansas City attorneys for free consultation and for help in preparing a case in an attempt to hold the unlawful parties responsible in the courtroom.

Bryan Kubic – a master sergeant of the U.S. Army Reserves who was awarded the Combat Infantry Badge in Iraq – recently filed a lawsuit of this nature after incessant harassment and wrongful termination at the hands of his superiors while employed at the Pennsylvania Department of Corrections (DOC).

According to court documents, Kubic would at times request military leave from the DOC's chief of security, Tammy Ferguson, to engage in military duty or go to sanctioned medical appointments.

The documents state that Ferguson continually harassed Kubic for his requests, and even launched a criminal investigation with DOC investigator Stephen Allen – also named as a defendant in the case.

The documents go on to state that while Allen had no definitive evidence to suggest Kubic was not conducting military duties, charges were still brought against Kubic for theft by deception. These charges were ultimately dropped, but Ferguson continued discriminating against Kubic and ultimately terminated him.

In the wake of this incident, Kubic partnered with wrongful termination attorneys to seek damages from Ferguson, Allen and the DOC's human resources representative John Biondo for the mental and fiscal damages wrought through criminal charges and ending his employment.