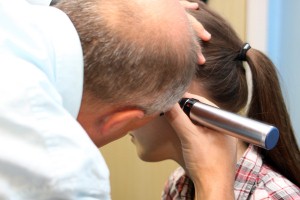 A doctor who was let go from his job at Woodward Resources Center in Des Moines, Iowa, after working there for just over one week recovered $340,000 in damages after the age-discrimination case he brought against the facility for the mentally disabled came to a close, according to The Associated Press.

Dr. Zane Hurkin filed suit against Woodward in 2010. The 81-year-old doctor's wrongful termination lawyer, Jill Zwagerman, said that her client's job interview included age-related inquiries and that he wasn't properly trained once he was given the job.

Zwagerman also says that Hurkin was paid far less than he should have been. The news source revealed that court documents say the pay scale for his job was between $162,000 and $231,600. Hurkin's annual salary was $105,000.

The media outlet stated that the plaintiff alleges he was subjected to discriminatory treatment and harassment because he was 81 years old, was not properly trained when hired, had his hours and pay cut and was unfairly fired.

"He'd been practicing for about 55 years and when he got fired from that job [and] it just devastated him," Zwagerman told  The AP. "He suffered through some pretty significant depression and had to seek medical treatment for it to try to get back on his feet."

A spokesperson for the Woodward Resources Center did not say whether the facility would appeal the jury's decision.

Discrimination and harassment in the workplace are never acceptable, regardless of a person's age. If you have been a victim of this type of unfair treatment in Missouri, you may benefit from a consultation with an employment attorney in Kansas City. These experienced professionals can assess your claim, try your case in court and help you recover damages that you could be entitled to.