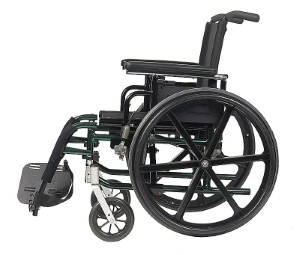 According to reports, on several different occasions, Chris Qualls, the region director of Help at Home Inc,'s Missouri sites, made sexual remarks directed at employees Jacyln Stone and Keri McConnell. In the complaint, the women say that they alerted their superior, Sherry Schroetter, and vice-president, Rick Cantrell, of Qualls' etiquette.

However, instead of reprimanding him, Stone and Keri were fired in 2009. Schrotter was fired for complaining to Cantrell one year later.

The EEOC is seeking monetary compensation for the women that includes back pay. Furthermore, the lawsuit is requesting that the judge mandate that Help at Home management refrain from sexually harassing employees and engaging in retaliatory practices after someone files a complaint.

The EEOC would like to see the company "eradicate the effects of its past and present unlawful employment practices.''

Reporters attempted to get a comment from employees at the business. However, Joel Davis, the general counsel at Help at Home, said it is company policy not to speak about pending litigation. But, on behalf of the business, he did say "We take allegations of harassment or discrimination very seriously and we do not tolerate it."

No worker should ever have to worry about being sexually harassed at his or her place of employment. If you have been a victim of this inappropriate behavior and live in Missouri, you may benefit from a consultation with a lawyer in Kansas City. These experienced and locally based professionals can assess your claim, try your case in court and help you recover damages that you may be entitled to.