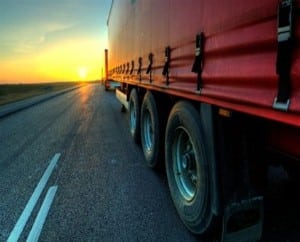 Last July, Timothy Roth, one of four crew members manning a service drilling truck, was killed in a crash in West Virginia. The truck veered off the highway after the driver fell asleep – not an uncommon occurrence for truckers in the oil industry.

"Over the past decade, more than 300 oil and gas workers[…] were killed in highway crashes" reports the New York Times' Ian Urbina. Highway crashes are "the largest cause of fatalities in the industry," he adds.

Urbina cites oil field exemptions from the Federal Motor Carrier Safety Administration's (FMCSA) hours-of-service regulations as key contributors to the highway fatalities. These exemptions mean that oil field truckers in the oil industry can work longer shifts than their counterparts in other industries. Roth and his fellow crew members had been working a 17-hour shift – three hours over the legal limit set by the FMCSA.

The New York Times reports that the National Transportation Safety Board has already voiced concern over the exemptions. Concurrently, in 2010, the National Highway Traffic Safety Association released a study revealing that sleep-deprived driving was comparable to drunk driving in terms of accident rates.

But, the increased rate of commercial vehicle fatalities isn't just a matter of road safety – it also concerns employee rights. Oil drilling companies can require their employees to work up to 20-hour shifts. And, as Urbina notes, because the majority of truck drivers in the industry aren't members of a union, drivers may feel they risk their jobs by voicing their concerns over personal security.

If you fear that your rights as an employee are being violated, it may be daunting to broach the subject to your employer, especially if you feel your job is at stake. Consult a Kansas City lawyer to determine if you're being exploited. An accredited attorney can advise you on your rights and propose a course of action if appropriate.