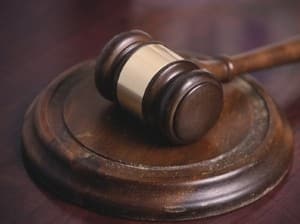 In some cases, after an employee has filed a suit against their employer for harassment at work, personal injury or wrongful termination, they may have to wait years before their case goes to court – especially if the defendant is a large, legally savvy corporation. A former secretary’s employee discrimination case against Ballard Spahr, a national law firm specializing in Litigation, Business, Real Estate, Intellectual Property and Public Finance, will finally go to trial this July, the Legal Times reports.

Vanessa MacFadden originally filed against the firm in 2005, claiming racial discrimination, disability discrimination and retaliation. Macfadden, an African American, stated that her employer failed to make the same accommodations for her that they had for other employees. In 2002 and 2003, MacFadden took time off from work to care for her ailing husband and herself. According to the source, she was then told there was no open position that she could perform with her disabilities. Macfadden was fired in 2004 after working as a legal secretary for the firm for 15 years.

In 2008, the U.S District Court for the District of Columbia granted Ballard Spahr a summary judgment, so the case would not go to trial. However, in 2010, the U.S. Court of Appeals overturned that decision. Though her claims of racial and disability discrimination were dismissed, the court found that MacFadden’s allegation that her rights under the Family and Medical Leave Act had been “interfered with” had merit.

According to the source, if the court rules in MacFadden’s favor in July, she may recover “out-of-pocket expenses, attorney fees and, if the jury finds the defendant acted intentionally, treble damages.”

There are many obstacles to overcome if you’re considering taking legal action against your employer, but the biggest is simply not knowing your rights under federal and state law. Kansas City attorneys are a great resource for any Missouri employees who aren’t familiar with the laws that protect them.