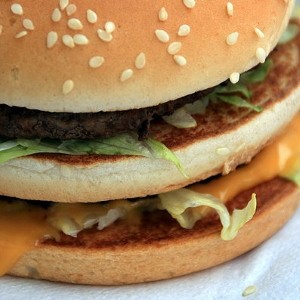 McDonald's prides itself on serving hungry customers satisfying foods at cheap prices. However, the fast-food giant may become known for something a lot more serious: sexual harassment.

According to various reports, Missoula Mac, a corporation that owns 25 McDonald's in the state of Wisconsin, has agreed to pay 10 past employees $1 million in compensation for inappropriate behavior they were exposed to while working at this restaurant.

The lawsuit, which was filed by the U.S. Equal Employment Opportunity Commission (EEOC) in Madison in 2011, accuses Missoula of allowing male workers to sexually harass female employees by kissing them, touching their breasts and genital areas and making sexual comments.

''Women who work in restaurants have it tough enough without having to put up with sexual harassment,'' EEOC attorney John Hendrickson said in a public statement on July 18.

The $1 million settlement was okayed by U.S. District Judge Barbara Crabb. In addition to paying the victims the damages owed, the south-central McDonald's has to hire someone to monitor and resolve grievances against Missoula Mac's restaurants.

The corporation needs to set up a toll-free number and email address where workers can report sexual harassment incidents and retaliation. Managers at these 25 restaurants must also receive at least two hours of training on how to handle harassment and retaliation in the work environment.

If you have experienced harassment in the workplace and live in Missouri, you may benefit from a consultation with a lawyer in Kansas City. These experienced and locally based professionals can assess your claim, try your case in court and help you recover damages that you may be entitled to.