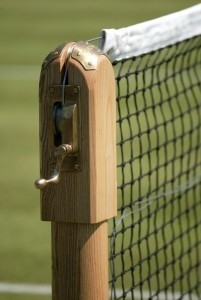 A former Indiana university women's tennis coach who filed a wrongful termination case two years ago will be given a settlement package totaling $710,000 from the school if she drops the lawsuit.

Kathy Bull of Ball State University in Muncie was suspended in October 2009 after the school filed a report with the National Collegiate Athletic Association (NCAA) against her for purpotedly violating various association rules. The charges included providing two potential players with loans to pay for dorm room deposits before classes began in August 2009 and sending text messages to three of the women on the team asking them to lie and misrepresent the times the team was going to practice.

Bull took the matter to the Appeals Committee of the NCAA. However, it did no good. The association placed Ball State's women's tennis program on probation for three years. The ex-coach then filed a lawsuit against the university claiming that she was subjected to an investigation that was too invasive for the charges brought against her.

Furthermore, the coach's legal team accused the school of attempting to discredit her because she was candid in talking about how Ball State did not adhere to TItle IX regulations within its athletic program. These laws ban discrimination based on gender and applies to educational institutions and athletic teams who receive monetary assistance from the state government.

In court documents, Bull accuses the university of breach of contract, sex discrimination and denial of due process. As a result of the injustices she purportedly suffered, the former coach and her legal team asked that she receive compensatory and punitive damages and that she be given her job as head coach back.

As of July 3, no word has been released as to who will head the women's tennis team in the fall.

If you feel that you have been wrongfully terminated, you may benefit from a consultation with a wrongful termination lawyer. These professionals have experience working with people employed in all industries and can try your case in a court and help you collect damages that you may be entitled to.