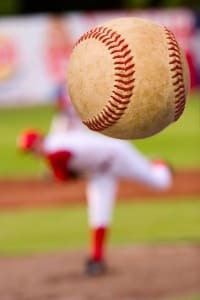 If a consumer believes that a merchandiser is falsely advertising the benefits of a product line, that person can retain the services of an experienced Kansas City attorney to seek justice. If the problem is perceived to be experienced by a large consumer base, Kansas City attorneys can also assist in filing a class-action lawsuit in which a group of people collectively bring a claim to court against a defendant.

Interestingly, baseball hall of fame inductee and former Kansas City Royals player, George Brett, recently became entangled in such a matter when his sporting goods and apparel company Brett Bros. Sports International, Inc. was recently named as a defendant in a civil suit.

According to reports, the suit spearheaded by Iowa native Seth Thompson alleges that Brett's company falsely represented performance improvements that would manifest from wearing jewelry in the ionic necklace product line.

The Brett Bros. website reportedly advertised that the ionic accessories would increase the body's stabilization and relieve tension within the neck and shoulders.

However, when Thompson purchased a necklace for himself, he experienced no performance enhancement at all, according to reports.

The website has since changed the ad copy to suggest style and comfort rather than explicit strength and energy improvement.

Thompson is reportedly attempting to make the case a class-action suit in the hopes that litigation will force the company to release transparent profit records from the allegedly misrepresented performance jewelry line and that those profits will be redistributed to product consumers.

In a similar litigation process against the company Power Balance last year, reports claim that a swarm of civil suits alleging the product did not yield the advertised health benefits bankrupted the company.

Should class-action status be granted to the case against Brett's organization, payouts could amount to more than $5 million.