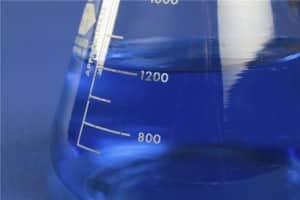 After Southern Illinois University student Samuel Milligan accused a former professor Cal Meyers of sexual harassment, he filed a lawsuit against the school in 2008 claiming that the school created an uncomfortable and hostile learning and working environment.

According to reports, Milligan entered as a freshman in 2007 and was given a work-study job in the stockroom of the chemistry building. He alleged that Meyers, who was 79 years old at the time, first acted inappropriately after he approached the former student while he was working and said that his hair would make him a "very sexy lady." He then purportedly squeezed Milligan's buttocks.

After a couple of incidents of a similar nature, Milligan and his mother arranged a meeting with university administrators and later filed a formal complaint. The school transferred him to another floor so he would be less likely to run into Meyers while at work.

Reports indicated that Southern Illinois University launched an investigation into anyone else who had sexually harassed by the Meyers. One student came forward but said a complaint was never filed.

Meyers was censured in 1995 for telling inappropriate jokes. University officials ordered that he undergo sexual harassment training, but he reportedly never attended. As a result, administrators prohibited Meyers from coming onto campus. The defendant allegedly didn't listen and was spotted and escorted off campus on 20 separate occasions.

As a result of the harassment the former university student experienced, Milligan's work in the stockroom reportedly suffered and he was fired.

The lawsuit alleged that Milligan was dismissed from his work for filing the sexual harassment suit in 2008. The court however, disagreed and an appeal that was filed by the plaintiff is still pending.

Sexual harassment in school or in the workplace is never acceptable. If you have been a victim of such inappropriate behavior and live in Missouri, you may benefit from a consultation with a lawyer in Kansas City. These experienced and locally based professionals can assess your claim and help you recover damages that you may be entitled to.