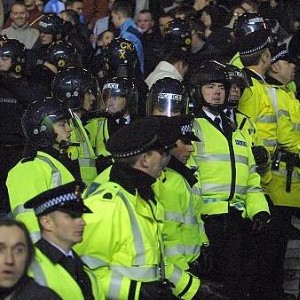 When we think of policemen, words like 'order' and 'safety' come to mind. Rarely do we think that those in charge of enforcing the law are the people that break them. But, recently a report surfaced that members from the Chicago chapter of the Fraternal Order of Police (FOP) were accused of sexually harassing their former secretary, Marie Marrero.

The plaintiff filed a lawsuit against the union, which is a non-profit organization made up of 325,000 working and retired law enforcement officials around the United States.

Marrero's attorney said that "the sexual harassment included comments about body parts some of which are very graphic, invitations to view pornography, a request for a topless photo to be put on a cell phone, [and] a request to go to a friend's birthday party basically naked and to flash the friend."

Other details about the sexual harassment suit include allegations that the FOP's attorney showed the plaintiff pictures of himself flexing his muscles on a popular social media website and asking her questions like, "How do you like this?"

The plaintiff accused the FOP of not only harassing her, but of unfairly terminating her for filing the complaint against members of the union. Marrero was on maternity leave at the time.

In the lawsuit, she is asking for her job back along with monetary compensation.

According to CBS Chicago, a lawyer for the union says that the accusations are completely false and that the FOP "will vigorously defend itself."

Harassment at work is never acceptable, no matter what state you reside in. If you have been a victim of such inappropriate behavior or have been unfairly fired and reside in Missouri, you may benefit from a consultation with an employment discrimination lawyer or a wrongful termination lawyer. These experienced professionals can assess your claim and help you recover damages that you may be entitled to.