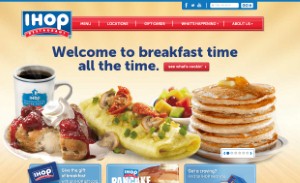 Six years after filing a sexual harassment lawsuit against an International House of Pancakes (IHOP) in Racine, Wisconsin, the Equal Employment Opportunity Commission (EEOC) and the dining establishment have settled for $65,000.

The complaint was tried in the U.S. District Court for the Eastern District of Wisconsin in November 2009. The jury ruled in favor of the two plaintiffs and awarded them $105,000. The defendant disagreed and the case went back to court.

The U.S. Court of Appeals for the 7th Circuit remanded the case to the District Court for a new hearing. However, before lawyers for both sides presented their claims, the case was settled.

Flipmeastack, the management consulting firm that serviced the Racine IHOP, has been instructed to take a stand about any sexual harassment claims it hears about before the inappropriate behavior goes any further.

''This case had a long road to settlement, but the EEOC persisted, and we’re proud to have made a difference for the two young women who stood up to harassment,'' said Regional Attorney John C. Hendrickson of the EEOC’s Chicago District, according to TheJournalTimes.com.

No one should ever have to experience harassment at work. If you have been a victim of such improper conduct an live in Missouri, you may benefit from a consultation with a Kansas City attorney. These experienced, local  professionals can assess your claim, try your case in court and help you recover damages that you may be entitled to.