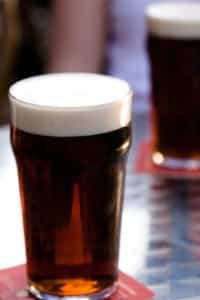 After denying a motion to dismiss a wrongful termination and sexual harassment lawsuit in Illinois, U.S. District Court Judge John Nordberg ordered that the case move forward and that the plaintiffs and defendants begin collecting evidence for the discovery phase of the trial.

In March 2011, Elizabeth Wong, a former assistant principal at Carl Sandburg Junior High School in Rolling Meadow, was fired for allegedly telling her district bosses that her supervisor, principal Edward Nelson, was consuming alcohol while at work, harassing females at the school and not carrying out his everyday duties.

Official court documents show that Wong asserts that Scott Thompson, District 15's superintendent, violated the Illinois Whistleblower Act, which states that retaliatory action cannot be taken against an employee or applicant because of disclosure of information by that person.

Nelson reportedly would not only arrive to school drunk, but also leave in the middle of the day to consume alcohol. Other women also reportedly complained that he acted sexually inappropriate toward them. However, he retired from Carl Sandburg in 2011 and is now employed as a part-time assistant principal in a DuPage County school district.

The lawsuit states that Wong scheduled and attended meetings with district authorities and also emailed and had telephone conversations starting in 2010 to voice her complaints. But, allegedly, no one listened to her and the former principal's behavior continued.

The plaintiff is seeking more than $500,000 in damages for lost wages and emotional pain she reportedly endured.

If you live in Missouri, have experienced harassment at work and need to find an affordable lawyer, you may benefit from a consultation with an employment attorney in Kansas City. These experienced and locally based professionals can assess your claim, try your case in court and help you recover damages that you may be entitled to.