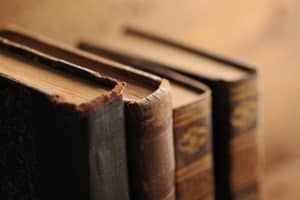 Two female Columbia University graduate students say that any career prospects they might have once had are over after the two professors they filed harassment lawsuits against retaliated against them. According to sources, 31-year-old Laura Williams and 41-year-old Susan Farley filed a $16 million complaint in Manhattan Supreme Court on January 23 and named Human Rights Department head J. Paul Martin and Law School lecturer Francis M. Ssekandi as the defendants.

In one incident that took place eight years ago, Williams claims that she was in Martin’s campus office when he purportedly pinned her against the wall. ”If you wanted a good grade, you’d need to have sex with me,” the 31-year-old plaintiff said her former professor told her. Court documents also alleged that the academic instructor asked Williams, who is black, “if she planned to have children out of wedlock,” adding that “he thought that black women typically have children out of wedlock.”

Farley was in East Timor conducting research when she was supposedly harassed by Ssekandi. Her complaint declares that the law professor would touch her leg under the table and asked that she call him by his first name, despite her refusal to do so on several occasions.

The New York Post revealed that both plaintiffs say that they have not been able to find jobs because of the suit they filed. They accused Columbia of refusing to hand over their transcripts and even tarnishing their credit rating.

Martin now teaches at Barnard. The position that the other defendant holds has not been made public.

If you have been sexually harassed, then consider scheduling a consultation with a lawyer in Kansas City. These experienced and locally based professionals can assess your claim, try your case in court and help you recover damages you may be entitled to.