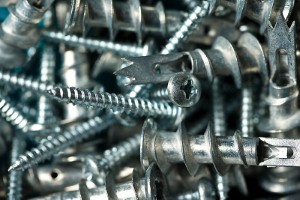 If employees feel they have been wronged by their employer, whether it was because they were harassed or wrongfully terminated, a Kansas City employment attorney can help them find justice. At the same time, employers also have the right to seek justice if they claim a worker's actions damaged the company in some way, particularly if they suffered financial loss.

The latter scenario will soon play out in Kansas City civil courts, as The Meyers Law Firm, on behalf of Kansas City Screw Products, filed suit against a former employee of the company as well as two banks, alleging that the worker embezzled nearly $2.7 million from the company.

Laura DeJong, the defendant, was the long-time office manager at Kansas City Screw Products and was so trusted in her position that she was regarded as family, according to the suit. However, DeJong used her position to commit forgery and check fraud, stealing the sums for her own personal use, the suit alleges.

No criminal charges have been filed, but the company fired DeJong in late 2011 after an anonymous tip in November and subsequent FBI investigation.

Central Bank of Kansas City and UMB Bank were also named in the lawsuit, as officials from Kansas City Screw Products argue neither financial institution adequately followed up on the claims and indeed insisted no suspicious activity had occurred on the accounts.

Financial fraud is both a crime and civil law violation, and as such its perpetrators could face charges in both courts. While authorities may press criminal charges against a party for committing financial fraud, victims can also rely on Kansas City attorneys to prepare an effective case and pursue compensation in a civil court.