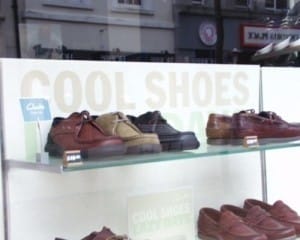 The accusation of open discrimination or harassment at work can be enough to ruin an employee's reputation, even if the claim proves to be unfounded. In certain instances, that individual may even have the right to prosecute their employer for damages.

Such is the case for Jessica Cockram, who is currently pursuing legal action against her past employer, Genesco Inc., after she was fired from a Journeys shoe store in Overland Park Kansas, Reuters reports. Cockram was let go in 2008 for giving a receipt with a racial slur to an African American customer who had returned a pair of shoes.

The incident received widespread media attention, and resulted in Cockram's termination from the store. Her employer also issued a statement at the time saying it was "shocked and sickened" by the event, the news source indicates.

However, Cockram insisted that she was not responsible for the slur appearing on the receipt. She reportedly had used a "dummy" phone number for the customer and was unaware that another employee had rigged the register system to display a derogatory term when that number was used.

After the story broke, Cockram notified authorities that, though her name wasn't revealed in the company's statements, she was receiving death threats. In April 2011, Cockram's Kansas City employment attorney filed a case against Genesco for defamation and invasion of privacy, but the bid was denied.

But, on June 8, the 8th U.S. Circuit Court of Appeals in Kansas City ruled that Cockram did have the right to file against her employer, paving the way for Cockram to recover damages if a jury rules in her favor.

Missouri-based employees who feel they have suffered at the hands of their employers may be unsure if they have the right to take judicial action. To clarify their legal rights in the workplace, these individuals can turn to knowledgeable Kansas City attorneys for a consultation.