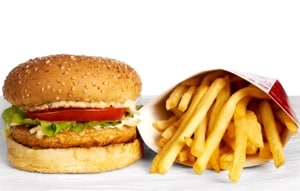 A Louisiana woman has filed a lawsuit against the company she used to work for, Cardinal Health 200, after she allegedly lost her job when she accused the pharmaceutical company of refusing to investigate sexual harassment claims. Natasha Williams submitted her complaint on December 12 in federal court.

Local sources like The Louisiana Record revealed that the plaintiff was hired by Cardinal Health approximately 10 years ago. The sexually inappropriate incident reportedly took place in 2011. Williams said that she and her family were eating during her break at a local McDonald’s when her spouse and one of her colleague’s got into a physical altercation. After the fight came to an end, the former employee went back to work and met with two of her superiors. She told them that she was not aware as to why the brawl took place.

Williams’ supervisors sent her home until an investigation was concluded. A few days following the fight, the plaintiff’s husband told his wife that the two men started hitting each other because of sexually explicit text message that Williams’ colleague purportedly sent to her cell phone. The ex-employee told him that she was not aware of any messages. Williams returned to work but was fired just eight days after the conflict broke out for allegedly being dishonest to her coworkers about what prompted her co-worker and spouse to start fighting.

The plaintiff is suing her former employer for failing to partake in a sexual harassment investigation. The defendant is also facing racial discrimination charges. She is seeking monetary damages for back and front pay, loss of wages, attorney’s fees and court costs.

If you live in Missouri and have encountered harassment at work, then you may want to consider scheduling a consultation with a lawyer in Kansas City. These experienced and locally based professionals can assess your claim, try your case in court and help you recover damages you may be entitled to.