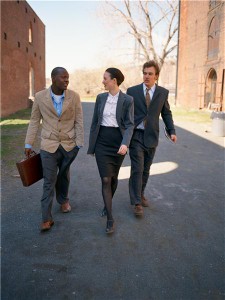 ''We have no comment except to say that the parties have resolved the case to the mutual satisfaction,'' a CBS Television Distribution spokesperson told a reporter from Deadline.

Back in March, Deysun filed a 12-page civil complaint alleging sexual discrimination after CBS purportedly hired a woman for a VP of Development position without a good reason. He was told that he was ''qualified for the position and that he had excellent references,'' but that the decision would be gender-based.

As a result of the network's reported actions, the plaintiff to suffer emotional distress and mental anguish.

According to court papers, Perkins also said that CBS failed to take steps in order to prevent this type of discrimination from occurring. And, because of these claims, the plaintiff sustained "actual, consequential and incidental financial losses, including but not limited to loss of earnings and other employment benefits and the loss of employment-related opportunities in his field and damage to his professional reputation, all in an amount subject to proof at trial."

Despite these harsh allegations, Perkins did find reason to come together with the network to settle outside of the courtroom. However, no reason for the decision not to go to trial was made public.

If you have been the victim of discrimination in the workplace and live in Missouri, you may benefit from a consultation with a lawyer in Kansas City. These experienced and locally based professionals can assess your claim, try your case in court and help you recover damages that you may be entitled to.