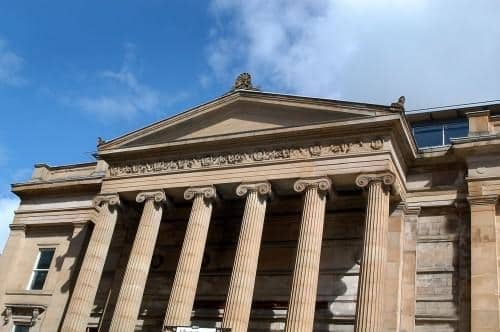 Charlevoix County, Michigan's chief assistant prosecutor Shaynee Fanara has accused county prosecutor John Jarema of sexual harassment. The complaint, which was filed on October 1 in United States District Court Western District of Michigan in Grand Rapids, says that the defendant is also guilty of defamation, retaliation and deprivation of free speech and liberty.

Charlevoix County was also named as a defendant in the suit. According to online media outlet, PetoskeyNews.com, Fanara attempted to solve the problem of Jarema's alleged inappropriate behavior without going to court.

In fact, the defendant purportedly complained about the defendant's tendencies to intimidate and boss her around, but the Charlevoix County Board of Commissioners did nothing to discipline Jarema. He reportedly even spread rumors about her. The plaintiff says that Jarema told people that she had sexual intercourse with a defense attorney in exchange for more favorable plea bargains.

"The county is her employer. They have done nothing to stop his actions or rein him in in any way," stated Fanara's attorney in a statement. "The types of acts he's engaged in are not acceptable in this society and should not be allowed to happen."

After she spoke up about the treatment she was enduring at her job, she said that Jarema made the decision to significantly cut her work duties and told her that she would not be working at the county prosecutor's office in 2013.

The defendant has denied all the accusations made against him.

If you have been the victim of sexual harassment and live in Missouri, you may benefit from a consultation with Kansas City attorneys. These experienced and locally based professionals can assess your claim, try your case in court and help you recover damages you may be entitled to.