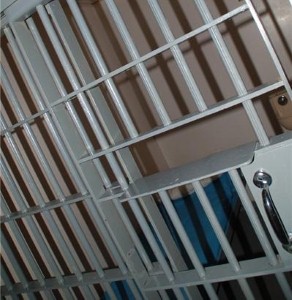 Jackson, who has been working at the jail for five years, was the subject of an investigation that began in May. Media outlets revealed that his colleague, Paula Gorta, said that he made inappropriate comments about fruit that he had brought into work.

During the afternoon, Jackson was standing by a soda machine with a strawberry partially in his mouth. He then allegedly told Gorta that he was willing to bet her that she could not get him to let go of the piece of fruit by biting it herself.

In another instance guard Paula Gates accused Jackson of telling her how much enjoyed having sexual intercourse and how good he was at pleasing his partners. The female employee said that her arm brushed over Jackson's pants by mistake and that she could feel that he had an erection.

The five-year veteran has denied all charges and has maintained his stance that he is still the target of nasty rumors because of an affair he had with a fellow correction officer's wife almost 20 years ago.

If you have been the victim of sexual harassment and live in Missouri, don't live in silence. You may benefit from a consultation with a lawyer in Kansas City who can work on your behalf. These experienced and locally based professionals can assess your claim, try your case in court and help you recover damages you may be entitled to.