Restaurant under fire for gender discrimination and wrongful termination 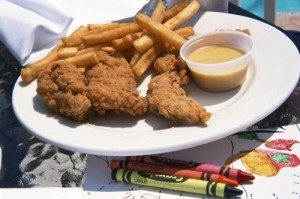 A former female employee of a popular fast food restaurant in Atlanta, Georgia, is suing the establishment for wrongfully terminating her based on her gender. Brenda Honeycutt filed a lawsuit in May against Chick-fil-A.

According to the official court document, the plaintiff accuses the fast food restaurant of firing her in June 2011, despite her "satisfactory-to-above satisfactory" performance, so she could stay home and take care of her child full-time.

The lawsuit states that Honeycutt says her former boss, Jeff Howard, tried to openly convince her that "as a mother, she should stay home with her children." But, that's not all. Within the suit, there are also allegations of discriminating against and firing other female employees and replacing them with male workers at the chain's Duluth location.

In November 2011, Connie Gravitt, who was the former day shift manager, was reportedly moved to a lower-paying position. Her job was given to a male worker. Last December, Wendy Blankenship, the restaurant's high performance leader, was also demoted while other male employees who held the same job did not lose their positions.

Honeycutt wants to have her position reinstated and is seeking back pay, attorneys' and court fees and compensatory damages for Chick-fil-A's "malicious and recklessly indifferent conduct."

No person, regardless of their gender, should be subjected to any form of discrimination. If you have been wrongfully terminated from your job and live in Missouri, you may benefit from a consultation with an employment attorney in Kansas City. These experienced and locally based professionals can assess your claim, try your case in court and help you recover damages that you may be entitled to.