South Bend, Indiana, city employee says he was fired without a cause 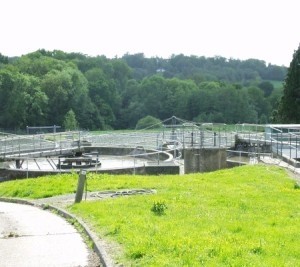 A former South Bend, Indiana, city employee has filed a wrongful termination suit against the city after he was reportedly fired without a clear reason, according to ABC 57, a news station in Indiana.

Bill Sniadecki worked in water department for more than 20 years and was a member of the board of trustees at South Bend Community School.

According to the news outlet, the plaintiff started his career as a blue-collar worker and later moved up to become the supervisor of a special projects for the department from which he was fired.

"The city is my livelihood. That's what put the bread and butter on the table," said Sniadecki in a statement.

The plaintiff's lawsuit accuses South Bend of blindsiding him after he was suddenly given the choice of resigning or being terminated. Supervisors said it was because the former employee misused one of the official city's cars. Sniadecki said that allegation is 100 percent false. The news station reported that he said his job as on-call supervisor mandated that he drive the automobile beyond the hours of his regular shift.

The plaintiff also says has said that certain unnamed city officials are trying to use this lawsuit as a way of keeping him from being elected to the board again.

The case went to court and a judge ruled in the plaintiff's favor and agreed that he was wrongfully terminated. The city of South Bend filed an appeal, which resulted in another verdict in Sniadecki's favor.

The news station reports that the former employee's wrongful termination lawyer is still in the process of negotiating with the city and trying to get his client's job reinstated.

If you have been unfairly fired from your job and live in Missouri, you may benefit from a consultation with an employment attorney in Kansas City. These experienced and locally based professionals can assess your claim, try your case in court and help recover damages on your behalf.