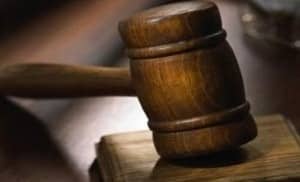 Whirlpool, an appliance brand known for its kitchen, laundry and home goods, has reportedly dropped its appeal of a court's judgement on a racial and sexual harassment lawsuit in Tennessee that was filed by the Equal Employment Opportunity Commission on behalf of a former employee.

The suit was filed in U.S. District Court for the Middle District of Tennessee in June 2006. The judge ruled in favor of the female plaintiff, and awarded her $1 million in damages in 2009.

Then, in January 2010, Whirlpool filed a motion to alter or amend the final judgement, but was denied. The appliance company then appealed the court's decision in the U.S. Court of Appeals for the Sixth Circuit. However, this June, the defendant agreed to pay the plaintiff the compensatory damages she was owed.

Whirlpool reportedly violated Title VII of the Civil Rights Act after no action was taken when a white male co-worker harassed an African-American employee at the company's facility in LaVergne.

The male allegedly harassed the plaintiff for two months because of her gender and race. At one point, the lawsuit accuses the man of physically assaulting the woman, which caused unnamed serious and permanent injuries.

During the four-day trial, the plaintiff told the judge that her co-worker caused her psychological damage, which kept her from working again. According to various news outlets, the woman reported the man's behavior numerous times to Whirlpool management, but the business reportedly made no attempt to take disciplinary action or correct the situation.

Harassment in the workplace is never acceptable in any state. If you live in Missouri and have been the victim of such inappropriate behavior, you may benefit from a consultation with an employment attorney in Kansas City. These experienced professionals can assess your claim and help you recover damages that you may be entitled to.