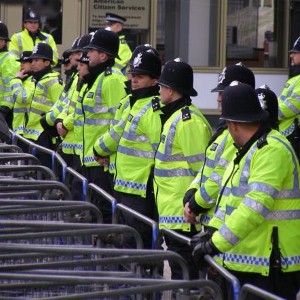 A former female police officer in Hyattsville, Maryland, accused the city's police department of ongoing sexual harassment and sexual discrimination. Marsha Lessard filed a lawsuit on June 28 in a state court and alleged she was a victim of sexual assault by an officer while attending a Fraternal Order of Police (FOP) convention in Louisville, Kentucky in 2007.

The plaintiff says that during the conference in Kentucky, Corporal Pat O'Hagan, who is currently the president of the Hyattsville FOP lodge, sexually assaulted her in the bathroom and attempted to rape her.

The first incident took place in a bathroom. The former female cop entered the bathroom and O'Hagan followed her. He then reportedly demanded that she touch his genital region. She said she told the FOP about the attack, but no disciplinary action was taken.

The next episode occurred when Lessard was sleeping. She claims the president entered her hotel room and tried to rape her. The other person staying with her was purportedly able to force him off of her. Again, she complained to the FOP, but nothing happened.

"The Hyattsville Police Department has a dangerously chauvinistic culture that was rife with sexual bigotry," the plaintiff's complaint states. "Male officers were allowed and encouraged to sexually harass female officers. The worst offenders acted with impunity and female officers that complained of the harassment were severely retaliated against and threatened."

Lessard is also accusing the Hyattsville police department of retaliation after she claims that she was fired after filing her complaint. In her suit, she names at least 10 officers that she says created a hostile and toxic work environment.

No one should ever experience harassment in the workplace. If you have been a victim of such inappropriate behavior and live in Missouri, you may benefit from a consultation with a Kansas City attorney. These experienced and locally based professionals can assess your claim, try your case in court and help you recover damages that you may be entitled to.