Construction firm in Missouri suing for breach of contract 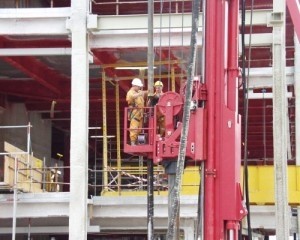 If an individual believes that he or she has suffered financial harm due to a breach of contract, an experienced Kansas City attorney can help pursue funds owed by filing for civil litigation in the court system.

This issue has been circulating in Missouri news recently as Dave Orf Construction has filed a civil suit to procure more than $175,000 allegedly owed to the company for construction work on the St. Peters Justice Center, a structure that houses the city's police station, municipal court and Board of Aldermen chambers. There are several defendants listed including Marlite Inc., an interior wall panel manufacture, the city of St. Peters and Kansas City designing firm Hoefer Wysocki Architects LLC.

According to an article in St. Charles Journals, there were miscommunications between owner Dave Orf and the architect firm that prevented the project from being completed to the city's satisfaction. Orf is alleging in the suit that Hoefer Wysocki Architects did not provide specific instruction as to where to place the Marlite panels within certain areas of the building.

Moreover, Marlite consultants reportedly did not inform Orf that the panels could be damaged if placed in close proximity to heating, ventilation and air conditioning (HVAC) units. As such, the panels were installed near HVAC blowers, causing the Marlite panels to buckle.

While Orf alleges that all contractual obligations were fufilled, reports state that the dissatisfied Board of Aldermen nearly passed a resolution that would have terminated Orf's contract completely.

However, Orf's attorney stated in the article that 99 percent of the wages stipulated in the contract have been paid and he is confident that the plaintiff and defendants can come to a resolution to satisfactorily finish their agreement.

Orf is reportedly seeking the remainder of the agreed sum as well as interest for payment not rendered in the months after the project's completion.