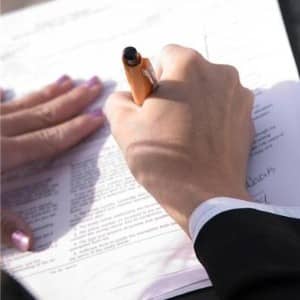 A former Murray, Kentucky city clerk is debating whether she wants to file a wrongful termination lawsuit after she was let go from her job at the mayor's office on September 5. According to various news outlets, Harla McClure says that she was terminated on the grounds of "dishonesty, immoral or improper conduct and on-duty or off-duty activities that discredit the individual or organization."

The decision to fire her from Mayor Bill Wells' administration stemmed from the former employee's decision to report a city sticker on her teenager's car as stolen. McClure says that she did not intend to deceive the city of Murray. Instead, she alleges that her daughter took the adhesive and put it on her own vehicle without her mother knowing.

McClure's attorney stated that other workers who committed far more serious offenses were not fired like his client was.

In a written declaration meant for city administrator Matt Mattingly, McClure's legal counsel says that there are several department supervisors who have corroborated indicating that the former city employee did a good job at work and was an upstanding citizen on and off the clock.

However, Mayor Wells revealed that if there is a lawsuit, he is more than willing to show evidence that he made the right to decision.

If you have been the victim of wrongful termination and live in Missouri, you may benefit from a consultation with a Kansas City lawyer. These experienced and locally based professionals can assess your claim, try your case in court and help you recover damages that you may be entitled to.