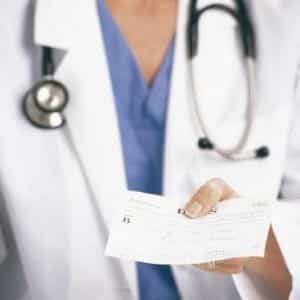 A former Mexico, Missouri, nurse has solicited the help of the Equal Employment Opportunity Commission after she says she was wrongfully terminated from her job at Audrain Medical Center in May 2009.

Her lawyer states that Cynthia Hodges should not have been let go after the surgery she had for her neuralgia, which causes pain in the body's nerves, restricted her work. Hodges' doctor reportedly told her that she was not to lift anything that weighed more than 10 pounds and had to take a break from looking at the computer every 20 minutes.

Although Hodges was given time off to recover, the lawsuit alleges that her boss told her that, given the guidelines her doctor gave her, she would be fired.

"The company refused to explain why it could not grant … an additional six weeks of unpaid leave," the EEOC regional attorney told the Columbia Daily Tribune. "It obviously would not have created a staff shortage, because Ms. Hodges was not replaced until well after her contemplated return-to-work date."

The plaintiff and her attorney are seeking monetary compensation in the form of back wages, pain and suffering and punitive damages. Hodges also requested that the judge grant an injunction so that no more employees would be fired without proper justification.

Hodges began as an employee at Audrain in 2005.

If you have been the victim of wrongful termination, you may benefit from a consultation with wrongful termination lawyers in Missouri. These experienced and locally based professionals can assess your claim, try your case in court and help you recover damages that you may be entitled to.